Above: Krista Tellier (second from left), Janet Fost (far left), Maureen Chouinard (third from right), and members of the Special Care Unit at Deer Lodge Centre, in front of one of two murals created in Dave Fost’s memory.

A loving tribute with a powerful purpose

The wall murals on the special care unit at Deer Lodge Centre might not look at first like more than colourful flights of whimsy, painted at the ends of corridors for decorative effect. But to the residents living in the unit — also known as Tower 3 — the murals are optical illusions designed to fulfill a very special purpose.

Tower 3 is home to more than 80 residents living with Alzheimer’s disease and other forms of dementia. Alzheimer’s, which affects mostly people 65 and older, wreaks havoc with memory and thinking. It grows steadily worse over time. 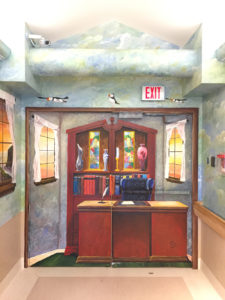 “It’s a horrific disease with no known cure,” says Maureen Chouinard, one of the managers of resident care for Deer Lodge’s dementia care program. Two of the unit’s three wards are dedicated to residents exhibiting some of the more challenging behaviours associated with the disease. “These residents can be physically and verbally aggressive. They can scream for hours, act out in inappropriate ways,” says Maureen.

Residents in these wards are free to come and go from their rooms and common areas, but doors to unsafe areas are locked for their safety. The doors, however, create a problem for some residents by triggering feelings of panic and entrapment. And that’s where the murals come in, says Maureen: “Disguising the exits by painting murals over them eliminates those triggers.”

Krista Tellier has seen the chaos created by locked doors in Tower 3. Her father, Dave Fost, was a resident there until he passed away in 2015. “I’d often see residents trying to get out, or waiting at the door for someone to take them home, or begging me to keep the door closed because they were afraid of what was on the other side. The staff spent a great deal of time gently guiding them to other parts of the ward. The murals reduced that anxiety. That’s a big win — both for the residents and for the staff.”

The murals are partly her doing. Inspired by stories of similar features in other healthcare facilities, Krista and her family launched the Dave Fost Memorial Fund to raise money for two of the murals that now grace the walls of Tower 3. The artist worked closely with the family to create a work of art that would soothe the ward’s residents while serving as a tribute to her father’s memory. The murals evoke the landscape and wildlife of Newfoundland where Dave grew up, and include visual tributes to his strong faith. 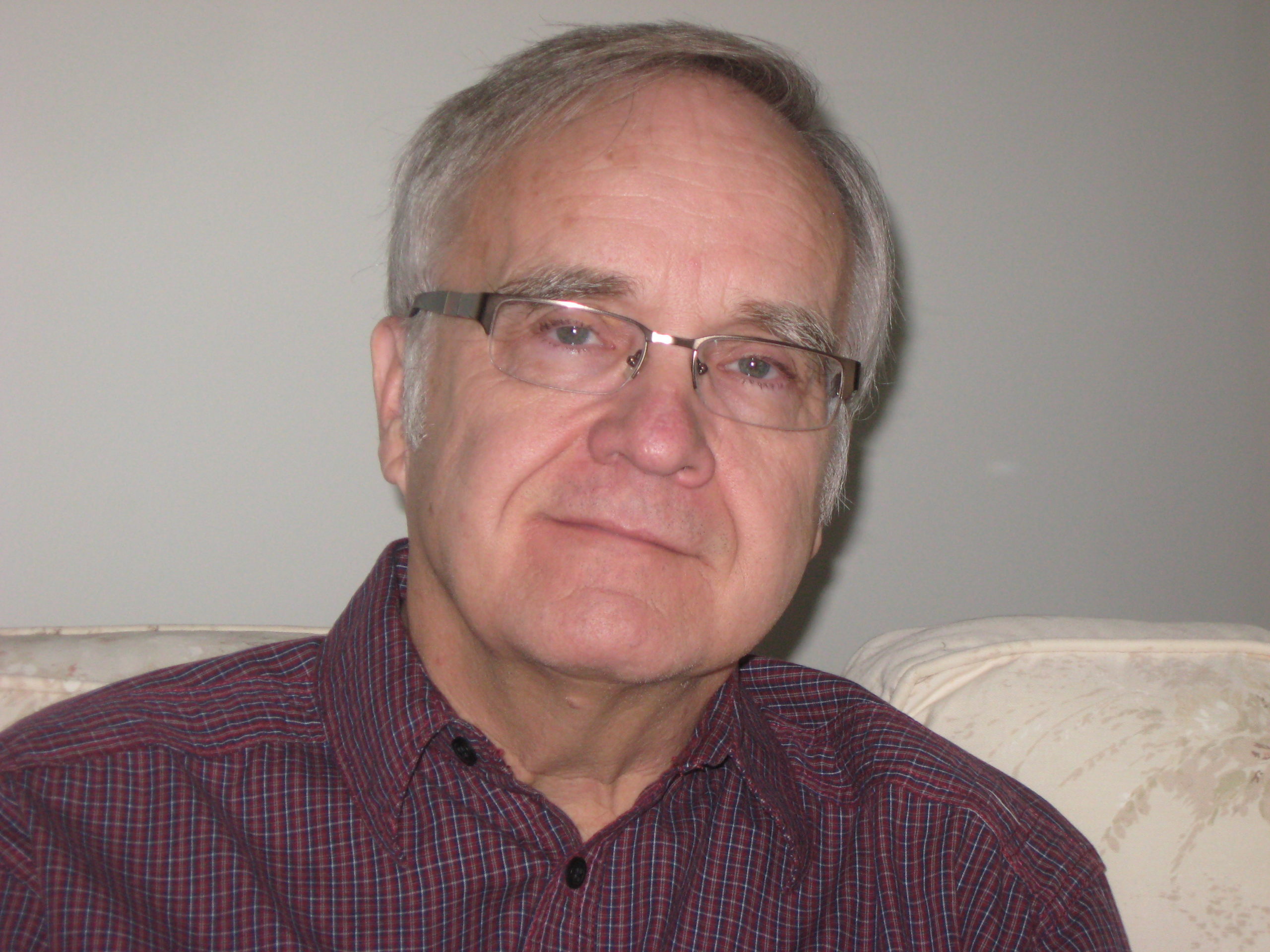 Diagnosed with early-onset Alzheimer’s in his 50s, Dave moved into Deer Lodge in his 70s. Prior to that, his wife cared for him until home care could no longer provide support.

“He was a smart, inspiring man with limitless energy,” says Krista. Through his work in church out-reach and youth ministries, Dave strove hard to make a difference in the lives of others. Far from shutting his spirit down, his Alzheimer’s diagnosis gave him a new sense of purpose. He became an advocate for the Alzheimer’s Society, leading support groups for those with the disease and coaching caregivers. “He never hid the fact of his condition from anyone. He believed in confronting reality head-on.”

Krista admits that as the disease progressed, her dad could be aggressive, paranoid and fearful. When he arrived at Deer Lodge, he was unable to speak or walk. Physiotherapy and a drastic reduction in medication gradually drew him out of an almost comatose state. “Six months after arriving here, he said ‘Krista’. It was the first time I’d heard him say my name in over a year. Two months later, we were able to walk him down the street to Sargent Sundae. Ice cream and walking — two of his favourite things.”

Krista credits her father’s remarkable improvement to Deer Lodge staff. The murals are as much a testament to their outstanding care, she says, as to her father. “They treated him like family, not because it was their job, but because they really, truly cared. They acted like they were working in his home — not like he was living in their workplace.” 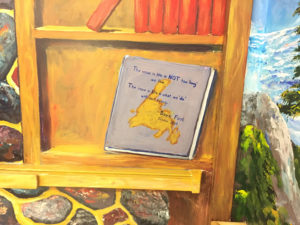 To date, the Dave Fost Memorial Fund has raised additional funds to purchase additional equipment for the special care unit, including scales and a hi-lo bed for residents with mobility issues. Krista and her family are now trying to raise money to place a photo of each resident on a sign outside his or her door. “The photos will make it easier for them to find their way back after they’ve gone for a walk or a meal.”

ALZHEIMER’S does not equate with STUPIDITY.
STUPIDITY equates with not taking advantage in life.
– Dave Fost, May 16, 2006