No limits: living your life, not your age

John Glenn orbited the Earth at age 77. Grandma Moses took up painting at 76. More recently, Diana Nyad swam from Cuba to Florida at 64. All across the globe, sexagenarians, septuagenarians, octogenarians, and countless other genarians continue to break barriers and redefine what it means to be a person “of a certain age.”

What do these high achievers have in common? A commitment to keep moving, setting new goals, and pushing past the limits.

Closer to home, Robert (Bob) Major and John Sawchuk are two shining examples of how resilience and goal-setting can help a person live their best life at any age. Neither man is a miracle of genetics or a freak of physiology. Both have faced, and continue to face, serious health challenges. And both are forever on the lookout for the way though, over, or around each and every challenge they encounter. 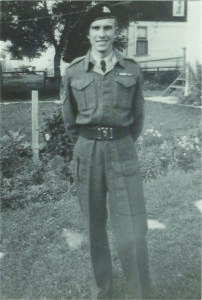 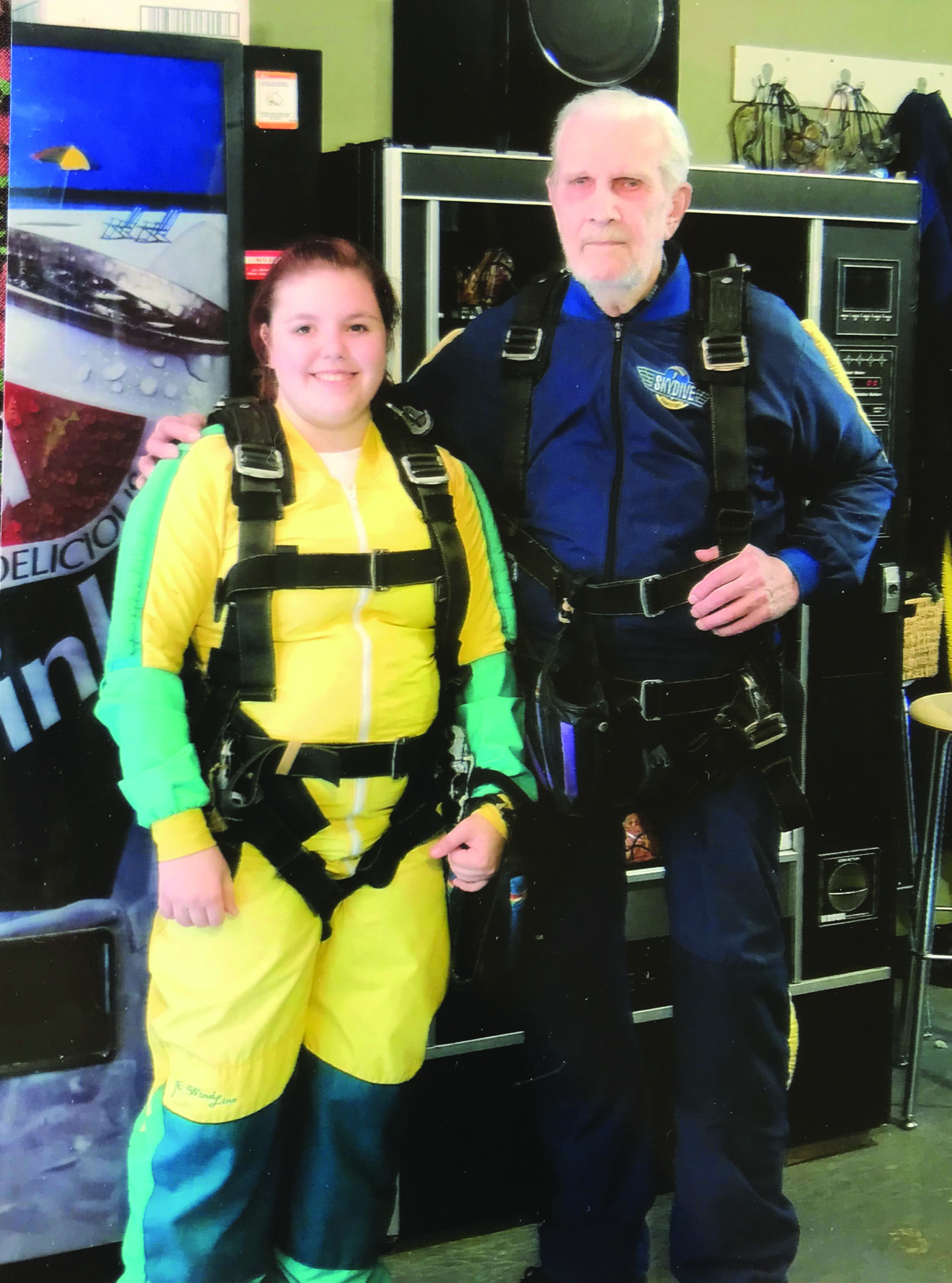 To know Bob Major, even for a few minutes, is to know a man who has never tolerated a single moment of boredom.

This summer, the 95-year-old Deer Lodge resident set himself the challenge of building strength and mobility to perform a tandem skydive with his two great-granddaughters in August.

The last time he jumped from a plane was to celebrate his 91st birthday. “I’m a bit of an adrenaline junkie. I really enjoy the thrill of stepping down onto that little step that sticks out, and there’s the landing gear right there, and then nothing else. You’re 9,000 feet up and free as a bird.”

His daughter, Ruth Kostyk, says she arranged for Bob to ride a glider towed behind a plane after seeing how much he enjoyed the jump. “It just soars, and there’s no noise,” she explains wistfully. “He said it was pretty tame.”

Bob confesses to being “a born show-off.” He likes to charge in and lead the way—a trait that served him well as a Second World War army scout. “I was always in the first scout car down the road and I had to report what I saw and keep everybody else alive.” Between 1941 and 1945 he travelled through Belgium, France, German: “All the usual places.”

Never one to see the value of an empty moment, he “retired” from a long career as a painter—including 22 years working at Deer Lodge Centre—to begin a second career as a restorer of train engines. Old engines and obsolete farm equipment were often entombed in the ground and forgotten. To him, these were buried treasures, worth unearthing and sharing. He taught himself to restore the engines, and even built 18-foot trailers to transport them to and from carnivals and farm shows throughout Manitoba and the US. In the end, he sold the entire collection for a tidy profit.

Not even a serious health challenge can slow him down. In 2016 he suffered an aortic dissection due to an aneurysm. Complications and a difficult recovery left him bedridden. His condition forced him to spend most of his time in a wheelchair. Nevertheless, he uses the physiotherapy suite at Deer Lodge like most people use a gym. “I go on the arm bike and I go on the new step machine, which is for arms and legs at the same time. I know how to set the strength and resistance and so on. Everyone knows me there by name.”

Over the summer, Bob trained with a physiotherapist for one hour three times a week to build the strength and stamina he’d need to manage a safe landing on his own two feet. By July he was ready to make the 9,000-foot jump—except for one thing. He hadn’t realized how much the price of skydiving had gone up since last time. “I’m not going to pay that much just to drop like a stone and it’s all over.”

Disappointment aside, Bob remains committed to staying strong and active. He owes his motivation to seeing what happens to people when they stop moving. “Whether I jump again or not, I’ve got to stay strong, I’ve got to keep moving.” He laughs, “I want to make a very strong cadaver.”

“You can’t do that without me!” 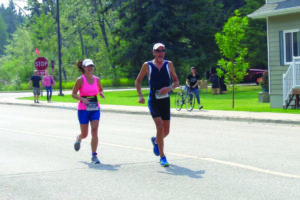 Like Major, John Sawchuk has proven resilient in the face of obstacles, preferring to go over, around or through them rather than ever coming to a stop. This summer he became a media darling after word spread that he planned a fitness challenge and fundraiser for the Lake Winnipeg Foundation in honour of his 70th birthday.

During the PureJohn70 Challenge, John, a Winnipegger, completed seven rounds of biking, swimming and running. Each round consisted of a 100-kilometre bike ride, a 1000-metre swim, and a 10-kilometre run over three days. If you’re following the math, this means that John completed the 777-kilometre challenge in 28 days. To put it another way, John biked 100 kilometres every four days for 28 days, which is an impressive feat for a cyclist at any age.
The event concluded with a 10-kilometre run in Assiniboine Park on August 21—John’s birthday. His campaign raised more than $4,300 for the Lake Winnipeg Foundation, which aims to improve the health of Lake Winnipeg, where he and his family own a cabin.

John took up endurance running and triathlon in his forties. Since then, he’s overcome two knee surgeries, a torn ligament in his shoulder, and a bike accident that left him with broken ribs and a cracked cheek bone. He’s currently managing plantar fasciitis and what runners call “a knee” (pain that requires attention and care, but doesn’t necessarily bench you if you keep on top of it).

John says goal-setting helps him stay active and focused. He finds inspiration from within. “Goal-setting comes from understanding myself and knowing that something is important to me. For example, with the PureJohn70 Challenge, I asked myself, what do I really enjoy, and what is really important to me?”

Nevertheless, he admits that it takes a whole team to help him maintain his level of activity. For one thing, “You can’t do that without me!” is practically a mantra in the Sawchuk family—one person will get the idea to sign up for a race and soon the entire family is involved.

His team also includes his surgeons and doctors: a cardiologist, urologist, podiatrist, dermatologist, family doctor and sports doctor, physiotherapist, chiropractor, and fitness trainer. “All those people have help me overcome my surgeries and my weaknesses. I count on them. I wouldn’t be doing what I’m doing today if it wasn’t for them.”

Mental, emotional and physical flexibility have helped him veer around life’s obstacles rather than crashing into them. As John ages, he adapts his goals as needed: “We can’t deny the physiological changes that happen as we age, but I know that I can do this now. If something happens and I can’t do this anymore, maybe I’ll find some other thing to do instead. I don’t believe in the ‘never quit’ attitude. Quitting is always an option. But I plan to be as active as I can for as long as I can.”

“Goal-setting comes from understanding myself and knowing that something is important to me,” says John Sawchuk