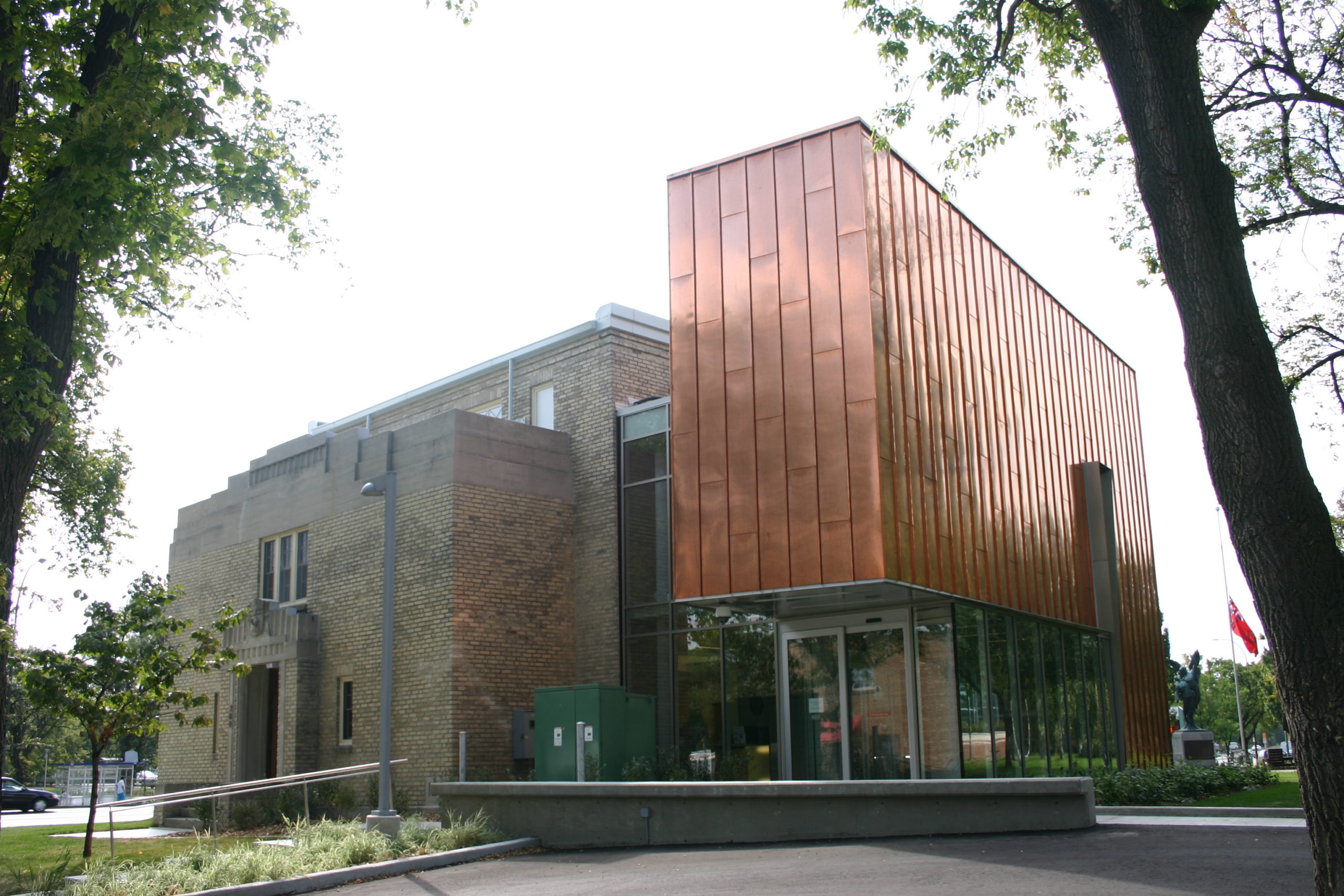 The Movement Disorder Clinic, one of Canada’s most comprehensive centres dedicated to treating people living with Parkinson’s Disease and other movement disorders, celebrated the 10th anniversary of opening its doors in the historic Women’s Tribute Memorial Lodge at Deer Lodge Centre on May 10, 2017.

“The Movement Disorder Clinic is unique for the depth and scope of its multidisciplinary approach to caring for people living with movement disorders,” says Dr. Doug Hobson, BSc, MD, FRCPC, one of the clinic’s neurologists. Hobson played a vital role in the clinic’s creation and has guided its strategic direction since it opened in 2006. Patients benefit enormously from access to neurologists, nurses, social workers, occupational therapists, physiotherapists, speech language pathologists, and other health care providers all in one location. More than 4,000 individuals visited MDC neurologists in the past year – a number that continues to rise.

Her Honour the Honourable Janice C. Filmon, C.M., O.M., Lieutenant Governor of Manitoba, led the celebration by unveiling a plaque to commemorate the women who played a vital role in the creation of the remarkable building that houses the clinic. The Women’s Tribute Memorial Lodge, whose Art Deco façade overlooks Portage Avenue at Deer Lodge Centre’s southwest corner, was built in 1932 as a place of solace for WWI soldiers returning home — and a shrine to those who never would. Spearheading the building’s creation were several women prominent in the fight for women’s rights, including Harriet Walker and Edith Rogers, both of whom were involved in Nellie McClung’s successful struggle to secure the right to vote for women 100 years ago. 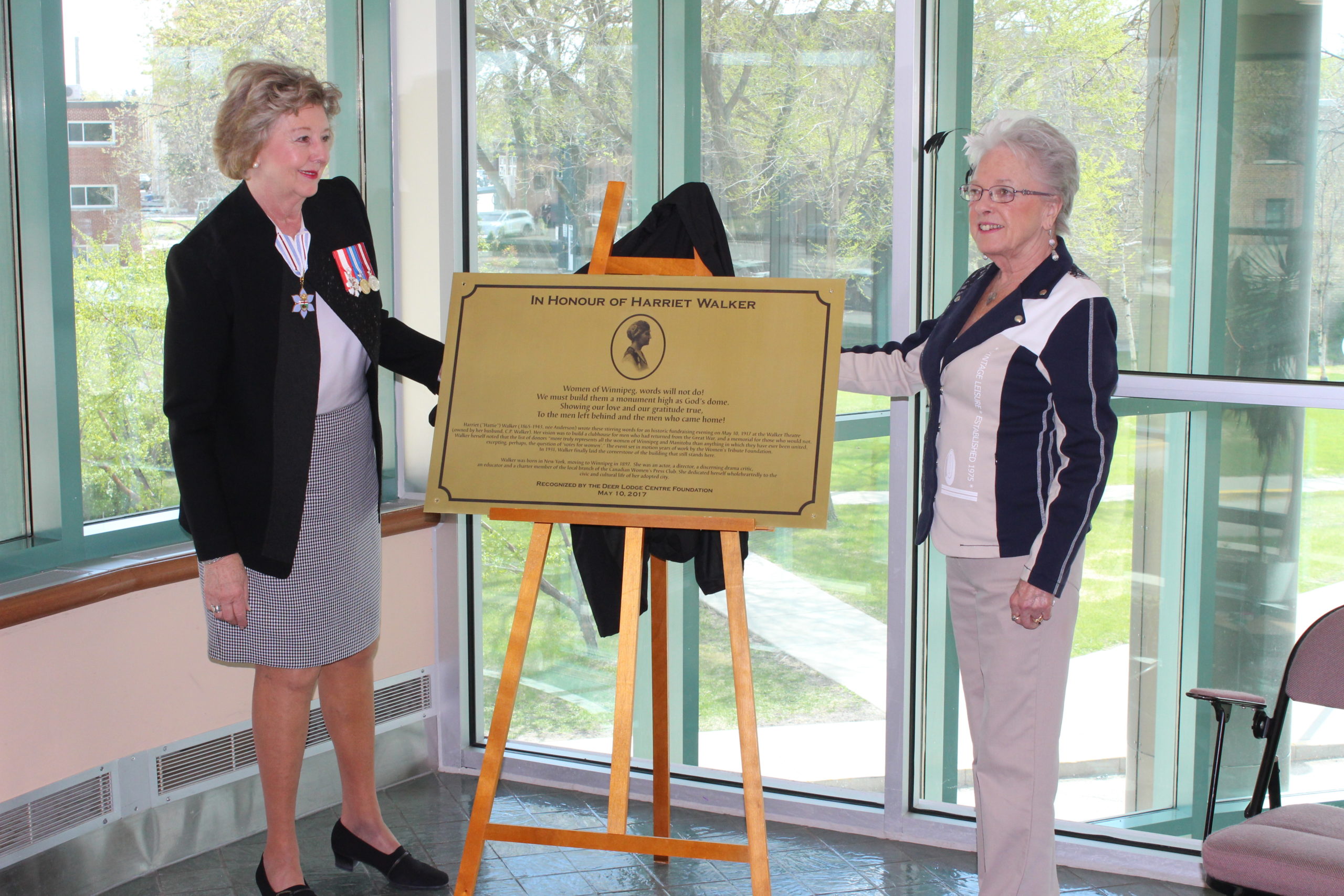 Empty for decades — except in 2001, when it served as a setting in a film starring Patrick Swayze — the building was restored and enlarged to house the Movement Disorder Clinic beginning in 2005.

The Lieutenant Governor was joined at the unveiling by Bonnie Korzeniowski, a former MLA and the province’s special envoy for military affairs from 2008 to 2013. Korzeniowski was instrumental in gathering the political support and raising the funds needed to resurrect the building from disrepair before the clinic opened there in 2006.

Funding for the building’s revitalization was provided by the Province of Manitoba, the WRHA, and the Deer Lodge Centre Foundation, which contributed $1 million. Ryan Wall, chair of the foundation’s board of directors, says the campaign was “a very proud moment in our history.”

According to Kevin Scott, Deer Lodge Centre’s executive director, “If the women [who built the Memorial Lodge] were anything like Bonnie Korzeniowski, as a group, they would have been determined and formidable in getting the building completed.”

Korzeniowski says the building has been a part of her life since childhood, when she would visit it with her grandmother.

“When I learned in 1999 that it needed to be saved from demolition, I thought: This place represents too much sacrifice to be left unused,” she says. “Now, as it was when it was first built, the lodge stands as a place of dignity.”

About the Movement Disorder Clinic

About the Women’s Tribute Memorial Lodge